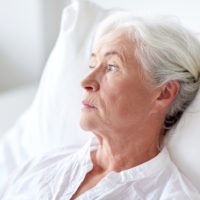 Elder abuse takes many forms, including financial, physical, and emotional abuse and neglect. We must protect those who suffer from these horrendous and dangerous acts and errors of omissions. In the abstract, nearly everyone agrees with that proposition. Frustratingly, though, few people understand the scope and scale of abuse and neglect perpetrated on our nation’s seniors. As a result, creating and enforcing policies to protect their welfare can be quite a challenge.

Furthermore, elders who lose mental acuity may feel embarrassed about their lapses or afraid that their caregivers will withdraw support or intensify the abuse/neglect if they report the behavior. Our older loved ones should be able to live their lives in peace without fear of violence. Below are seven staggering statistics that explain why we need more elder abuse attorneys.

Crimes against the elderly are particularly grievous, and as the population ages, we will need to be ever more vigilant. If you suspect that someone you love has suffered physical or emotional violence whether at a senior living center or nursing home, or you have detailed questions about how to pursue a claim or go to litigation against an abusive or negligent party, don’t be silent. Call our experienced, skilled and compassionate lawyers for insight. We can’t undo the damage that’s already been done, but we can advocate aggressively for your loved one’s rights and for fair compensation for what’s happened.