Worried About Mom? Ask an Elder Abuse Attorney These Questions 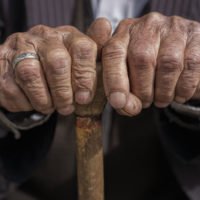 Elder abuse is one of the most heinous crimes imaginable. It entails any sort of neglect, harm, or exploitation of someone over the age of 65 or a dependent adult who cannot adequately care for him or herself. Unfortunately, this abuse affects as many as 1 in 7 senior citizens and dependent adults. It can take many forms, including:

While society condemns such crimes when they’re perpetrated against anyone, the courts can impose harsher punishments if the victim is an elderly or dependent person.

If you suspect that your loved one suffered physical, emotional, or financial harm, you may have an elder abuse claim against a caregiver or facility. Here’s a catalogue of common types of harm:

What Can You Do to Fight for Justice, In Addition to Calling a Qualified Elder Abuse Attorney?

Be alert for warning signs of elder abuse. Victims may hesitate to speak up for themselves or be unable to do so. Relatives, caregivers, and other people close to the victim commonly perpetrate elder abuse. Contact our legal team to examine the details of your situation and suggest strategic, effective ways to investigate, hold liable parties responsible and ensure better, safer care for your loved one.