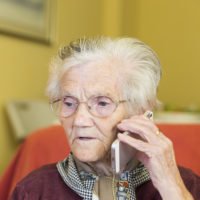 It is no surprise that elder financial abuse is on the rise at an alarming rate when 70% of the nation’s wealth is controlled by persons over 50 years old and Medi-Cal is a $27 billion/year program. The National Center on Elder Abuse (NCEA), supported by the U.S. Administration on Aging, defines elder financial exploitation as “the illegal or improper use of an elder’s funds, property or assets”. Any elder is susceptible to financial abuse without regard to socio-economic status, gender, race, ethnicity, sexual orientation, educational background, geographical location, religion, or citizenship status.

One uncomfortable fact is that 90% of financial elder abuse is committed by a family member and is often unreported because of fear of retaliation or the inability to communicate due to physical and/or medical reasons (such as dementia or Alzheimer’s disease). Recent studies report that only 1 in 14 elder abuse cases comes to the attention of authorities and that 41 out of 1,000 elders experience financial exploitation, putting the rate of financial elder abuse higher than that of all other types of abuse or neglect. The 2000 U.S. Census Bureau projected that by 2025 the elder population would reach 6.4 million, making the risk for elder financial abuse even greater.

Impact of Elder Financial Abuse and How to Prevent It

Not only is there a large fiscal impact on financial elder abuse ($36.48 billion according to True Link’s 2015 Elder Financial Abuse Report), but grave consequences as well. An elderly person can lose their entire life worth in a matter of minutes, diminishing their will to live. This type of traumatization will cause a victim of elder financial abuse to become depressed, withdrawn, isolated from family and friends, confused, helpless, angry, hesitant to talk freely, frightened, secretive, and lose their appetite. According to studies conducted by the National Center on Elder Abuse (NCEA) elders who have suffered abuse die at 300 times the rate of those who have not been abused.

In order to avoid elder financial abuse, beware of people who have an unusual interest in budgeting the money being spent for the care of the elder. Deal only with people and organizations that are known to be trustworthy. Often audit the elder’s financial records and pay particular attention to suspect banking activity, telemarketing solicitors, predatory lenders, checks being made out to caregivers, and endorsed checks where the signature is not that of the elder, or the check is signed by the elder, but filled out by someone else.

Financial Elder Abuse will continue and escalate if there is no intervention. Fortunately, California has mandate reporter laws, requiring that any person assuming responsibility for an elder, all health care workers, members of the clergy, local law enforcement, and officers and employees of financial institutions to report any suspicion of elder abuse, whether being compensated or not. If you suspect an elder is a victim of financial abuse contact any of the following agencies: