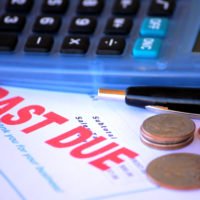 Debt collection is a billion dollar industry. Debts generated from credit card accounts or loan services are often sold to third party collection agencies at huge discounts who then attempt to collect the debt by various means. By the use of phone calls and/or letters to consumers who owe the obligations, third party collectors can often recover at least a portion of the original debt owed, so long as it exceeds the discounted amount is paid for the debt and can make a profit.

If there is no reaction from the debtor, letters will continue to arrive with interest added to the principal, if allowed, though letters offering discounts will arrive as well. After a few months of such letters, which may continue to arrive for more than a year in some cases, phone calls will begin.

Most calls are scripted with the caller advising the debtor that this call is for collection of a debt and if the debtor remains on the line, will ask the debtor to make arrangements for payment. If someone other than the debtor answers or an answering machine is reached, the caller cannot identify the call as being for debt collection and may only leave a phone number and that is important for the person to call back.

Debtors who talk to the collectors may disclose financial information about their employment or bank accounts, which may be used by the collection agency to determine if legal action to recover the debt is worthwhile. Many people do want to pay their obligations and are concerned about their credit score being affected and will succumb to the demands and pay the debt. Others will continue to ignore the letters and calls.

Actions by a Collector

A third-party debt collector can advise the 3 credit reporting agencies about the debt and if it was paid. If the debtor does pay the debt, the debt will remain on the report and indicate it as paid. Any overdue or unpaid debt lowers a credit score and an indication of “Paid” usually does little to benefit the debtor. Collection accounts will remain on the debtor’s credit record for 7 years from the date of delinquency, not the date it was incurred.

Collectors can also review a debtor’s credit report for indications of the debtor’s financial situation and possible assets subject to seizure. If the collector owns the debt, it could bring a lawsuit to collect the debt. It can also advise the original debtor of the possibility of collecting via a lawsuit and sell the debt back to the owner.

The Fair Debt Collection Practices Act regulates third-party collectors and the procedures they can use in attempting to collect a debt. Most states have their own fair debt collection legislation as well. For instance, calls can only be made between 8:00 am and 9:00 pm local time and collectors cannot contact the debtor’s employer if the debtor advises them not to or if the collector has reason to know that the employer has a policy against receipt of such calls. The calls and letters cannot threaten violence or use unlawful means of collecting the debt. Use of profane language is prohibited as are false representations about the identity of the caller or details of the debt. Also, a consumer can inform the collector by a cease and desist letter to stop all further communication and the collector must comply, except to advise that other remedies may be used. Otherwise, letters and calls may continue indefinitely and until the statute of limitations comes into play.

If a third party collector engages in harassment or other unfair practices, then the consumer may report the collector to the FTC or to the state’s Attorney General’s office, or may pursue a civil action against them.