I Slipped on Water at A Restaurant and Fell 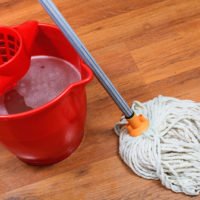 The last thing anyone wants to encounter during a dining experience is an injury, like a slip-and-fall.  An establishment that invites the public onto their premises for the purpose of conducting business (such as a restaurant) is held to a high standard duty of care in maintaining the premises in a safe and danger free manner.  In the event of a slip and fall, a restaurant will first (in an effort to escape liability) look at any contributing factors on account of the injured patron, such as: voluntary intoxication, being under the influence of medication, or unsafe attire (footwear, long pants, etc.).  Assuming no contributing factors exist, a restaurant is liable for any injuries suffered as a result of unsafe conditions.

A few years ago, a jury awarded a $1 million judgment against Walmart in a slip-and-fall case.  The civil action stemmed from damages claimed as a result of negligence after a patron slipped and fell in one of the retail giant’s Jacksonville, Florida stores.  A jury found Walmart carried 80% of the liability, awarding $585,000 in past and future damages for pain and suffering, $220,000 in past and future lost wages, and $195,000 for past and future medical expenses.  In the same year, Costco was ordered to pay $400,000 for a woman’s medical expenses, as well as pain and suffering when she slipped and fell on a puddle of liquid soap, shattering her knee cap, after several Costco employees walked by and ignored the spill.  Home Depot has been found liable for slip and fall injuries on a couple of occasions.  Once in 2002 a Pennsylvania shopper’s knee was injured when a shopping cart tipped over after hitting a manhole cover obscured by water.  Home Depot argued the danger was open and obvious, however, a jury disagreed, finding the store 95% at fault and awarding damages in the amount of $1 million.  In 2011, a woman slipped and fell on an unknown substance in Home Depot and the retailer was ordered to pay over $44,000 for her injury.

When a restaurant owner (or any other business open to the public) breaches the duty owed to an invitee, the injured party will have a claim based on the theory of premises liability.  When premises are not maintained in a safe condition with no warning signs, after which you, the “invitee”, were injured due to the unsafe condition, you will have a personal injury claim.   An invitee is a member of a class of people who has entered onto property at the express or implied invitation of the possessor of that land for the purpose of transacting some business.

Once liability has been established, the injured party would next to need determine the extent of the injuries.  It will be up to that person to show whether the injuries were serious, for example:  Did you suffer a concussion? Did you have any broken bones? Were there any cuts or bruising? What is the cost of the medical treatment? Was there time taken off of work?  Was there a visit to the emergency room?  What are the long term effects of the injuries?  The list could go on.

It is very much important to hire an experienced attorney to evaluate, investigate, and litigate a slip and fall case.  If you have suffered a slip-and-fall injury while inside of a restaurant, at no fault of your own, the team over at Ritholz Law are standing by to help you initiate a premises liability claim and begin one of the first steps to recovery.