What Factors Will Affect My Car Accident Claim? 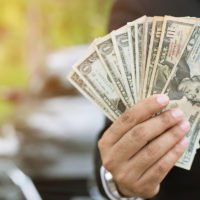 One of the most common questions we get from clients is how much they can expect to recover after a car accident in California. While there is no one-size-fits-all answer, there are a number of factors that affect the potential amount of your recovery for an auto crash.

Types of damages available in a California car accident lawsuit

Car accident victims typically have a few different types of damages available for recovery, generally split into two categories: economic and non-economic. Economic damages are those that can be tied to a specific number: property damage, medical bills and lost wages, both past and future. Noneconomic damages include damages that are harder to quantify but are no less real: pain and suffering, emotional distress, loss of life enjoyment, and loss of companionship, to name a few. Pain and suffering is the most common type of noneconomic damage sought.

Factors that affect amount of recovery

A number of factors will affect how much damages you are owed following an accident. Economic damages like lost wages or medical bills will be established in the most straightforward method possible. The parties or court will look at how long you have been out of work or likely will be out of work and multiply that by your wage or salary; for medical bills, you may have an expert testify as to the procedures you likely will need in the future on top of bills already incurred.
For noneconomic damages like pain and suffering, the more severe and permanent the injury caused, the more recovery available. If you have suffered permanent disfigurement or disability, loss of limb, or can credibly show that you will suffer chronic pain for a long period of time (or indefinitely), your possible award is much greater. Going to a doctor immediately after an accident is vital to establishing your injury, as is retaining a skilled car accident attorney to help you establish your damages.

California does not set a cap for either economic or noneconomic damages available in a personal injury suit, so the ultimate settlement or jury award amounts vary greatly. More severe cases with permanent injury can lead to settlements or verdicts in the hundreds of thousands of dollars, while the more mild cases with some property damage and some injury will likely stay in the four digit to low-five digit range.

The level of fault and degree of negligence will also contribute to your overall award; they act as multipliers to the total damages. California’s comparative negligence rule establishes that the defendant will only pay the percentage of the total award that is equal to the percentage at which they were at fault. In other words, if a jury determined that the other driver was 75 percent at fault but your driving was 25 percent to blame for the accident, the other driver would only pay 75 percent of the total damages.

On the other hand, if the defendant was extremely reckless, such as by driving drunk, the defendant may be liable for punitive damages, which can double or triple the award in some cases. Punitive damages are intended to deter bad conduct by punishing the perpetrator, rather than merely compensating the victim.

If the person who caused your accident is covered by insurance, the insurance company will be responsible for paying out. Insurance companies are always looking to pay the lowest amount possible, so they will often be in favor of quicker settlements rather than drawn-out court battles. They may offer less than you could get from a jury, but a quick settlement has the advantage of getting cash in hand immediately rather than going through a lengthy court process and then waiting even longer afterwards to actually get paid. The vast majority of cases (over 97%) of personal injury cases ultimately reach settlement rather than going to jury trial.

Of note, most insurance policies have a cap on payouts; if your injury was not particularly severe, the insurance policy will likely cover your expenses, but if you suffered a catastrophic injury, the policy may not come close to covering what you are actually owed.

While there is no set amount that one could get in settling a car accident claim, it is still valuable to be aware of the above factors to get an estimate on your payout.