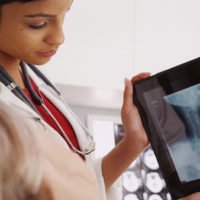 If this sounds unfair towards plaintiffs, many states agree with you and have changed their laws to either pure modified negligence or modified comparative negligence rules (only Alabama, the District of Columbia, Maryland, North Carolina, and Virginia retain contributory negligence rules, although courts may go easier on assigning blame to plaintiffs to reflect this). The labels used to describe these rules are not uniform, and the term “comparative negligence” is often used by attorneys and laypeople alike to refer to anything that is not pure contributory negligence, but having an understanding of the basic rules applicable to your jurisdiction is what is most important.

In a pure comparative negligence state, all plaintiffs can pursue claims against a negligent defendant, no matter how negligent the plaintiff was, although the plaintiff’s recovery will be reduced by amount of fault apportioned to them. Thus if a plaintiff suffered $100,000 in injuries and was 85% at fault in causing the accident and the defendant was 15% at fault, then the plaintiff could recover $15,000 in damages from the defendant ($100,000 – .85 x $100,000 = $15,000). California is a pure comparative negligence state, as is New York, Arizona, and nine other states.

In a modified comparative negligence state, you can recover from a defendant if you were at fault, but, based on whether there is a “50 percent rule” or a “51 percent rule” in your state, you might be barred from recovering depending upon your level of fault.

In a 51 percent state, you are barred from recovering if you were 51% or more at fault in recovering from your injuries, but you can recover if your fault was any less than that. If this sounds pretty similar to the 50 percent rule, it is, but there is a slight difference which only affects people at or above 50% of fault but below 51%. In a 50 percent state, those plaintiffs can not recover, but in a 51 percent state, they can. This is actually the most popular rule, with 21 states employing this rules.

With over 30 years experience litigating cases to successful settlements and verdicts, the attorneys at the Law Offices of Andrew Ritholz in Pasadena know how to put forward your best case for full recovery. Our legal team represents injured victims and their families across Los Angeles. To schedule a free consultation with a Pasadena personal injury lawyer, contact us today.