What are the Consequences of a Breach of Contract in California? 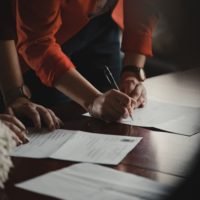 Contract breaches are either material or immaterial. When you are promised a product by a certain due date and the product is not delivered, that is called an immaterial breach. If you ordered a cake at a bakery for a Thursday pickup and you were informed that it would not be ready until Friday morning, that is an immaterial breach of contract. This kind of breach does not defeat the contract’s purpose. You still received the cake — just a day late.

The Contract May Provide Remedies

The remedy for a breach of contract may be written into the original contract. For example, a late rent payment may require a $50 late fee. If the $50 late fee is paid, then the breach is repaired, and the other terms of the contract stay in place as if the breach had not occurred.

Legal Remedies for a Breach of Contract

The non-breaching contract party has the following other remedies available:

California Breach of Contract is Complex