There is nothing more reprehensible than the abuse of a defenseless child, yet foster care abuse continues to be a serious issue in California. Earlier this year California Attorney General Kamala Harris rolled out a plan to better protect children, including those who landed in the state’s foster care system, with the establishment of… Read More »

A Legal Guide for Parents Whose Children Are In Foster Care

If your child is one of the hundreds of thousands of children in the foster care system and you are concerned with their well being and/or wish to regain full custody, you may be feeling depressed and discouraged as you face the many bureaucratic obstacles that currently separate you from your child. But while… Read More »

California Foster Care Abuse Statistics – Can They Be Trusted?

Given the bureaucracy of the foster care system and the multi-tiered nature of the system – which is largely overseen by a complex web of local, county, and state agencies and offices with limited oversight and record keeping done on the federal level – keeping track of statistics on the prevalence of abuse in… Read More »

Protecting Your Children from Foster Care Abuse: What You Need to Know

Foster care was designed to provide a safe and nurturing environment for children whose parents have been deemed unfit or incapable of caring for them because of criminal behavior, domestic abuse or drug use. Some of these parents are themselves victims of domestic abuse at the hands of their partners or are seeking treatment… Read More » 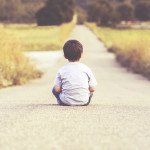 Foster care abuse cases have been making headlines lately—a headline you never want to read. The sad reality of this specific type of abuse is that the children placed in foster homes have already dealt with much more than a child should ever experience; in many cases, this includes some level of abuse as… Read More » 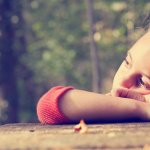 Reporting Suspected Abuse or Neglect of A Foster Care Child

Millions of reports are made annually of suspected child abuse, and nearly one million of those are confirmed to be victims of abuse or neglect. According to a report published by the American Humane Association, approximately 12 out of 1,000 foster care children were victims of maltreatment in recent years. While the expense of… Read More » 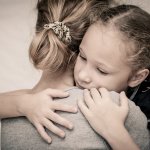 Child abuse is the third cause of death of American children under the age of 4 (Primary Prevention of Child Abuse, ’99). According to a 2007 study conducted by the U.S. Department of Health and Human Services (USDHHS), in 2005 an estimated 1,460 children died as a result of abuse or neglect; almost 76.6%… Read More » 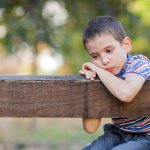 How Can I Help A Victim of Foster Care Abuse?

The US Department of Health and Human Services defines abuse and neglect as any recent act or failure to act on the part of a parent or caretaker which results in death, serious physical or emotional harm, sexual abuse or exploitation; or an act or failure to act which presents an imminent risk or… Read More » 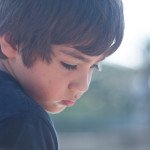 It is not always easy to detect signs that your child is or has been sexually abused at school. Children act out or show signs of depression or wanting to be left alone for various reasons, which could be evidence of abuse, and should alert you that there is a problem, especially if you… Read More »

How Does the Law Help Victims of Child Abuse?

Child care abuse is one of the most insidious and damaging of crimes. Helpless children are at the mercy of parents, guardians, coaches, teachers and others. Although a child can suffer considerable physical injury, the emotional harm can last a lifetime with many victims becoming abusers themselves or homeless, drug addicted or criminals. Seeking… Read More »