What If I Aggravate an Existing Injury in a Slip and Fall Case? 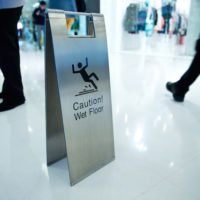 It’s a very common scenario that a plaintiff who has had a slip and fall on a slippery or otherwise dangerous surface can aggravate an existing injury such that medical attention is required and pain and limited mobility persists. In many cases, the injury might not have been serious enough to warrant medical attention or a personal injury lawsuit had there not been the pre-existing injury, but instead the plaintiff’s medical bills, lost wages, and pain and suffering are due to the combined forces of the preexisting injury and the new slip and fall.

Defendants Will Try to Discourage Your Aggravated Injury Claims

In such cases, some plaintiffs are hesitant to pursue their rights in a personal injury case because they believe they are not entitled to recovery. This hesitation may be brought on by the arguments of potential defendants and/or their insurers who will try to convince you that you do not have a viable slip and fall claim because you were already injured.

A plaintiff can in fact bring a valid slip and fall claim where an existing injury was aggravated (in California at least), but there may be extra challenges in proving such a claim and in obtaining the full range of damages that are owed, thus working with an experienced personal injury in bringing these claims can be critical.

To bring a typical slip and fall claim in California, a plaintiff will need to prove several factors. The first is that the defendant owner of the property (whether it be a store, a parking lot, a stadium, a government office, etc.) breached its duty to you because it knew or should have known of the risk of the dangerous condition that caused the fall and yet failed to take reasonable steps to prevent that risk. For example, if milk was spilled on the floor of a supermarket and it was not discovered within a reasonable time and addressed by store employees, then it could be proved that the store breached its duty to you.

After this breach of duty is established, the next step will be to prove that the dangerous condition caused the plaintiff’s injuries. While the question of whether a spill was the literal cause of a plaintiff slipping on the floor may not be all that difficult, the more difficult question comes in showing that the plaintiff’s injuries were specifically caused by the slip and not from a previous injury.

How Pre-existing Injuries are Treated Under California Law

Sorting out what the increased damages are that are due to the aggravation and making a convincing argument in settlement negotiations or court can be a challenging proposition, but an experienced personal injury attorney will work with your medical records over time, fully investigate the facts of the accident, and consult with medical professionals in putting your best case forward for a full recovery for the damages caused by the aggravation of the pre-existing injury.

Aggressive Representation in Your Slip and Fall Claim

If you or a family member have been injured in a slip and fall, the attorneys at The Law Offices of Andrew Ritholz will fight to get you the best possible recovery for your injuries. Contact us today to schedule a free consultation regarding your slip and fall claim.