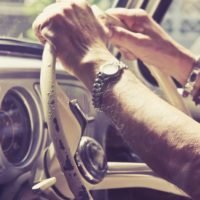 A senior driver is a licensed driver age 65 years and older (according to the Insurance Information Institute). Other than very recently licensed and young drivers, elderly drivers have a higher rate of fatal crashes (Insurance Institute for Highway Safety). In 2013, 4,115 people age 70 and older died in motor vehicle crashes, according to the U.S. Department of Transportation’s Fatality Analysis Reporting System (FARS). Fatal crash rates increase noticeably at the age of 74 and are the highest among drivers 85 and older.

There are a few factors that contribute to why senior drivers are more likely to be injured in a car accident, as compared to younger drivers, including their increased susceptibility to injury, particularly chest injuries and medical complications (Insurance Institute for Highway Safety Highway Loss Data Institute). Other factors include the types of cars seniors tend to drive, how they position themselves in the driver seat, the types of accidents seniors may be involved in, and their overall frailty and lack of physical strength and endurance.

While SUVs, minivans, pickup trucks, tow trucks, and big rigs maintain quite a dominance on U.S. highways, and particularly in Southern California, older drivers are more likely to drive a sedan — at least in part due to the simple fact that a smaller car is easier to maintain and control. Yet one in three vehicles on the road is an SUV, according to AAA. When a large vehicle collides with another vehicle, especially a smaller sedan, the damages can be quite severe, particularly if the vehicles were traveling at a high rate of speed.

When observing a senior driving, you will notice they tend to sit very close to the steering wheel. Driving in this position increases risk of severe injury due to a greater chance of hitting the steering wheel (chest injuries) and windshield (head injuries), and also suffering airbag injuries (chest and face/head injuries), and being trapped inside the vehicle. It is harder to survive and recover from these types of injuries, especially for a senior citizen.

Though the majority of car accidents involving senior drivers are not their fault, there are some mental and physical attributes that may contribute to them causing an accident. Vehicle collisions caused by a senior are many times due to diminished eyesight, loss of control of the vehicle, delayed reaction to sudden changes or altered driving conditions (such as weather or construction zones), falling asleep, confusion regarding road signage, and decreased ability to hear. These types of impairments can lead to more severe accidents, such as head-on impacts and collisions with trees and other solid obstacles. For example, multiple vehicle crashes at intersections accounted for 40% of fatal crash involvements among drivers 80 and older, compared to 19% for drivers ages 16-59 (FARS).

A senior’s level of vulnerability is heightened due to their decreased physical strength and, often times, preexisting medical conditions. The fatality rate is 17 times higher for them than that of 25-64 year olds (FARS), and more than 75% of drivers 65 and older report using one or more medications (AAA). Increased susceptibility to injury due to typical decreased body mass and level of bone density, along with pre-existing medical conditions, can result in longer rehabilitation periods and/or death. If an elderly person is hospitalized for any substantial period of time, other complications can arise.

An elderly driver injured in a vehicle collision should seek legal counsel to facilitate handling any legal ramifications that may ensue. The Law Offices of Andrew Ritholz consider the needs of an injured senior driver, acting sensitively yet aggressive enough to help protect their legal rights. Contact Andrew Ritholz if you, or someone you know, are a senior driver who has been injured in an accident.