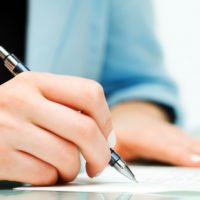 A wage garnishment and a bank levy are collection actions once a creditor has obtained a court judgment. While judgment creditors can use both methods, wage garnishment is generally favored by private creditors. The IRS and the state typically use wage garnishment, however, to collect past due taxes and support obligations for children or spouses.

The garnishment cannot be more than 25 percent of the debtor’s disposable earnings or the amount by which the debtor’s wages exceed 30 times the minimum wage, or whichever is lower.

You cannot garnish someone’s wages if it is already under garnishment by another creditor unless the first one is less than 25 percent or if the garnishment is for child or spousal support.

Most state laws prohibit employers from firing an employee who has a wage garnishment order, unless the employee has had a number of garnishments from different creditors and the law does not prevent an employer from taking this type of action.

A bank levy freezes your account or allows the creditor to take all or part of the bank account’s funds. The IRS likes to use this procedure. You can contest a bank levy by filing for an exemption with the court but you only have a limited time to do this.

Funds from government benefits or child support are not subject to bank levies. Also, the creditor can obtain multiple levies until the amount is paid. Your bank can also charge penalizes and fees if your account becomes insufficient.