How to Sue a Municipality for Faulty Construction 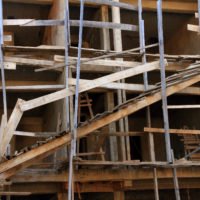 The starting point for establishing liability under the California Government Torts Claim Act (Act) is §815(a), which mandates that “a public entity is not liable for an injury, whether such injury arises out of an act or omission of the public entity of a public employee, or any other person.” This exempts most public entities and employees from liability. However, the Act does provide for certain situations when the public entity or employee can be held responsible.

The Act covers claims against “local public entities,” the “state,” and “public employees.” A public entity is any county, city, district, public authority, public agency and all political subdivisions or public corporations of the state, but does not include any Federal entities within the state. The state is defined as any office, officer, department or division of the state. Public employees include officers, judicial officers, employees and servants, whether compensated or not.

The Act covers all claims for money or damages, regardless of whether they are based upon tort or some other legal theory. However, there are notable exceptions to this rule. Most importantly, the Act does not cover any claims where the relief sought is not money or damages.

Before preparing and sending a claim to a public agency, it is essential that you research all of the potentially applicable immunities. Public entity attorneys make themselves very familiar with the immunity provisions and rarely skip an opportunity to file a demurrer or motion for summary judgment, all which could have been avoided if the pleadings were more carefully drafted.

Prepare and Send an Official Claim

If you have determined that you may have a cause of action that is subject to the Act, you will need to prepare and submit a claim to the public entity before you file a lawsuit. The time frame for presentation of a claim to the public entity is governed by §911.2, which requires that claims for personal injury, death, injury to personal property and to growing crops must be submitted within six months of their accrual. All other claims must be submitted within a year. Once the claim is completed, it should be presented by sending it certified mail to the local agency at its principal place of business.

Waiting for a Response on the Claim

Only after you have received a notification on the claim, or have waited the appropriate amount of time and received no notification, can you then file a complaint with the court.

If you feel you have a claim against a public entity or employee for faulty construction, contact the experienced litigation attorneys at the Law Offices of Andrew Ritholz to discuss municipal immunities and your case.