Five Steps to Take after a Motorcycle Accident 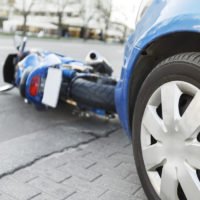 What should I do after a motorcycle crash?

If you’ve been injured in a California motorcycle accident, consult with an attorney who understands your rights and can represent your claim for damages knowledgeably and effectively. Contact Pasadena motorcycle crash lawyer Andrew Ritholz for a free case evaluation at 626-844-7102.