Santa Monica Expo Line May Be a Risk for Pedestrian Accidents 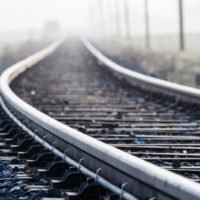 After many years of planning and construction, the growing LA Metro train system finally made its to Santa Monica in May by extending the Expo Line all the way to the Santa Monica promenade, creating a link between downtown Los Angeles and the Pacific Ocean for the first time in decades. And with the ongoing construction work on the Regional Connector station in Little Tokyo, there will soon be direct service across the Southland, connecting Pasadena and Azusa to Santa Monica and Long Beach and many places in between. There are many upsides to the growing train system, including getting cars off our congested streets and highways, but LA’s ever-growing train system – much of which is above ground – also presents new risks, one of which is the increasing danger of pedestrian accidents.

Before the extension of the Expo Line to Santa Monica was even completed, an accident at the Western and Exposition stop on the Expo Line was a sign of the dangers that exist with above-ground trains that cross over pedestrian lanes, which the Expo Line does at numerous places between Downtown and Santa Monica.

The area around Santa Monica is heavily populated with pedestrians (including many tourists unfamiliar with the city), bicyclists, and cars, and seven intersections in Santa Monica allow for unobstructed access to the train tracks by cars and pedestrians. An engineering professor at USC who specializes in rail safety told Southern California Public Radio that, with respect to the new Expo Line extension, “We have a serious issue with the design of our intersections when it comes to at-grade crossing accidents.”

The Los Angeles train system is no stranger to pedestrian accidents, and over the 8 months, a number of pedestrians have died in collisions with above-ground trains in the area, including:

A female pedestrian was killed in Claremont by an LA-bound Metrolink train in May 2016 during the morning rush hour.

A male pedestrian died in Covina after colliding with a westbound Metrolink train in February 2016.

A male pedestrian died at the scene of a collision with a Metro Blue Line train on a December 2015 early morning at 41st Street, north of the Vernon stop.