Literary Examples of Foster Care Abuse Over the Ages 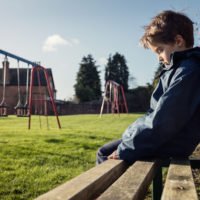 Abuse of any child is horrific, but pain inflicted on children by those meant to protect them when their biological are either unable or unwilling to do so is especially heinous. Unfortunately, stories of foster abuse aren’t new. Some of our best known and loved literature involves children abused by the foster system or their foster parents.

While the legal system may not have provided protection for foster children in the past, a good foster care abuse attorney can work with the system to protect the child and find legal solutions and outcomes to help their situation. With that, let’s look back at a few examples of foster care abuse in classic literature over the ages.

Sometimes, these fictional characters overcome abuse and become the novel’s hero, but many times, the abuse they suffer at their caregivers’ hands scars them for life. Their stories end in tragedy, like the lives of many real children who suffer abuse in foster care.