The Insurance Company Denied My Claim. Is There Anything I can Do? 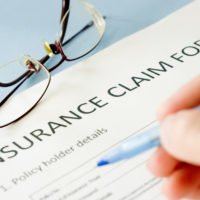 Many injured claimants feel that they can save themselves thousands of dollars in legal expenses by handling their own claims and negotiating with the insurer for the party who allegedly caused their injury accident. They gather the documents needed, including medical bills and reports, paystubs if they have a lost earnings claim, and perhaps a written statement describing their pain and suffering. After submitting these documents, however, the insurance adjuster calls them and politely informs them that after conducting their own investigation, it is their conclusion that their insured was not responsible for the accident, or the injuries you allegedly claim are not credible and are thus denying your claim.

Is that the end of your claim? Do you simply take their word for it and walk away? Insurers handle claims with people who are representing themselves much differently than those who have legal counsel. Although many claims are settled directly with the injured party, studies consistently demonstrate that those claimants who do have attorneys recover far more in compensation than those who represent themselves, even taking into legal fees into account.

Even if you tried to handle your own injury case and now the insurer is denying your claim, immediately contact a personal injury attorney. Some insurers will wait until just before the statute of limitations will run on your claim before denying it so time is of the essence. In many other cases, claimants have given written or recorded statements wherein they may have said something that seriously jeopardized their claim or could be construed as such.

In any case, take your case to an attorney who is willing to review the facts of your accident, look at your medical records and wage loss claim and determine if you have a credible case or not. For instance, an experienced attorney may find the following:

Your attorney can discuss your case with the insurer or adjuster who denied your claim and see if there was a particular fact that influenced the denial and determine if it can be refuted. Also, if your attorney feels that the denial was unreasonable, then you can discuss whether to continue pursuing the case by filing a lawsuit and litigating the matter. In some cases, merely filing the suit can persuade the adjuster to at least make an offer that you can seriously consider. Otherwise, if your attorney feels your case does have merit, filing the suit can allow your lawyer time to find evidence supporting your claim and eventually recover compensation for you.