How Do You Prove Unfair Competition in California? 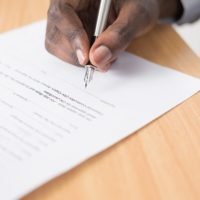 Most states have enacted unfair competition and/or deceptive trade practices statutes. California’s unfair competition law (UCL) dates back to 1872 and has since been updated and broadened. Today, the UCL prohibits a business from engaging in unfair, unlawful, or fraudulent business practices. The UCL also bans misleading, false, or deceptive advertising. Finally, the UCL bans violations of the Business and Professions Code. Victims under the UCL can be either consumers or businesses.

Some common examples of unfair competition under the California statutes include the following:

Some common examples of unfair business-to-business competition under the California statutes include the following:

Any “person” can sue under the UCL. California courts have interpreted the term “person” to include private individuals, the government, or other business entities. Plaintiffs must prove “standing” by proving that they lost property or money and/or had suffered an injury due to a prohibited business practice.

In California, unfair competition lawsuits must be filed within four years of the occurrence of the unfair event. The term “unfair” is very broad and therefore courts feel free to decide what is actually unfair. If a consumer feels that a business has committed an unfair act but the act is a common business practice in a certain industry, a court may decide that the common practice is indeed not unfair.

California’s unfair competition statutes can seem complicated, and certain words and phrases contained in the statutes are open to court interpretation. Certainly, those who feel that they have been injured by an unfair business practice should consult a qualified California attorney familiar with California’s UCL. Contact The Law Offices of Andrew Ritholz at 626-844-7102 to set up an evaluation of your case or send a quick online inquiry.