Do Medical Facilities in California Have to Report Child Abuse? 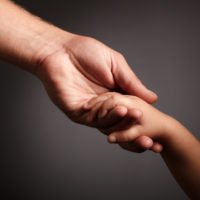 What Can Happen When a Medical Facility Neglects to Report Child Abuse?

In February of 2011, a 10-week-old boy was brought into the emergency room at Sutter Amador Hospital. He had sustained two broken ribs, a broken clavicle and a spinal injury that left him paralyzed from the waist down. Child Protective Services was contacted, and the boy was removed from the custody of his two teenage parents and maternal grandparents. He was placed in a foster home for his own safety and was later adopted by his foster mother, but if hospital staff had followed California child abuse laws, this boy may have never been paralyzed.

Three weeks before that baby was paralyzed, he had been taken to Sutter Amador for another set of injuries. According to a nurse’s notes, the child had bruising on his face, an injury to his eye, and blood in his mouth. Experts would later conclude that these injuries were signs of abuse and that this baby’s case should have been reported to CPS. Yet the child was treated and allowed to return home with his biological parents and grandparents.

Years later, that neglect on the part of the hospital has led to a lawsuit. The little boy who was paralyzed took the hospital, his doctor, a nurse, and two nurse practitioners to court for not reporting the abuse he sustained at seven weeks old. This led to a jury awarding the boy $8.4 million for pain and suffering and future lost earnings. The boy’s biological parents and maternal grandparents were also included as defendants in the suit. They will also be liable to pay part of the sum awarded to the boy.

Brought to you by the Pasadena personal injury attorneys at the Law Offices of Andrew Ritholz—it’s is never too late to seek justice for a child.