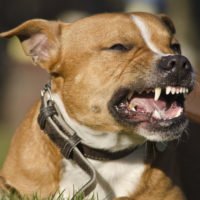 Almost 75 million dogs live in the United States, and the U.S. Center for Disease Control and Prevention (CDC)’s estimates that 4.5 million dog bites occur each year. Approximately 880,000 dog bite victims seek emergency medical care at hospitals in the U.S. every year.Dogs have rounded teeth, and it is the pressure exerted by their jaws that can cause significant damage to the tissues under the skin, including bones, muscles, tendons, blood vessels, and nerves. Below are some of the most common injuries incurred in a dog bite attack.

The most frequently attacked part of the body is the face, including the lips, nose, and cheeks, which are obviously very sensitive and important.Sometimes these wounds leave disfiguring scars, and can have lifelong consequences from both a physical and emotional standpoint. Facial scars and scars on other parts of the body can require repeated painful and expensive plastic surgeries to try to reduce or remove the scar.

Those who have been attacked and injured by a vicious dog can carry emotional and psychological scars with them for the rest of their lives. Sometimes the injury is so deep that one can develop Post-traumatic stress disorder (PTSD). Often PTSD comes with symptoms of frightening memories, flash backs of the attack, nightmares, unreasonable fear for personal safety, difficulty concentrating, and emotional withdrawal. Such mental injuries may require lifelong psychological treatment and counseling.

One of the biggest fears in dog bites is the disease Rabies, which attacks the brain and nervous system and can be fatal if not treated in time. Rabies is transmitted in the saliva of animals infected with the Rabies virus. Dog bite and dog attack victims must seek medical attention immediately after being bitten, in case the attacking dog had rabies. If the animal cannot be identified, caught and tested, it is necessary for the bite victim to undergo a series of 6 shots (1 human immunoglobulin and 5 rabies vaccine shots) over a period of 28 days. Treatment must be started as early as possible or the disease will cause death.

Though rare, these injuries can occur if the dog bites the head of the victim, or if the victim hits their head on a hard object while trying to fend off the attack. Head injuries can be as simple as a bump on the head or as serious as a fractured skull or brain injury causing permanent disability.

The powerful jaws of some dogs can cause bone-crushing injuries even when the skin is not broken because of clothing protection. When a dog attacks, broken bones can result if the victim is knocked to the ground or falls when fleeing the attacking dog.

Dog bites cause an average of 18 deaths per year in the United States. When a victim dies in a dog attack, the surviving spouse, children or parents of the victim are entitled to file a wrongful death action for the loss of such things as the future earnings of the victim.

If you have been injured by an animal attack, it is important to contact an attorney immediately to protect your rights.

The experienced dog bite attorneys at the Law Offices of Andrew Ritholz can help you assess any legal claims arising from a dog bite.