Can a Sports Organization Be Liable for Wrongful Death? 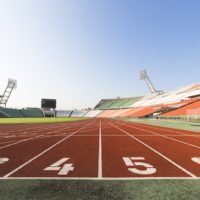 So-called extreme sports are becoming increasingly popular in recent years, with triathlons, mixed-martial arts, ultra-long-distance runs, and other sports that push the human body to its limits becoming more and more part of the mainstream in the US and abroad. These sports can indeed occasionally push the human body beyond its limits and result in death to some of their participants. Which leads to the question of whether participants, who entered into these games voluntarily, can pursue a wrongful death claim against the sports organizations that oversaw the sports.

An investigative report by ESPN’s Outside The Lines found that 52 deaths occurred in triathlons between 2007 and 2013, with 44 of those deaths occurring during the swim leg of the events (triathlons generally involve an approximately 1-mile swim, 25 miles of bicycling, and a 6.2 mile run). Many of these deaths occurred in middle-aged participants. Following the investigation, a number of wrongful death lawsuits have been initiated by the family members of those who died in the triathlons against USA Triathlon, the organization that oversees many triathlon events, arguing that the group failed to take proper care in preventing death among its participants.

In the past, several lawsuits have been brought by the families of boxers against the United States Olympic Committee when the boxers died from injuries sustained in training for the Olympics. It does not appear that any of these suits have been successful, but with the controversial Rio De Janeiro 2016 Summer Games coming up in the context of the ongoing Zika epidemic, we may see litigation against committees for their actions in responding to the Zika threat.

More common are wrongful death suits brought by the families of students and/or minors who died from sports-related injuries. Of these suits, numerous families have been successful in obtaining wrongful death settlements and verdicts.

The major challenge in winning a wrongful death case in a sports-related context fall into three categories: 1) finding a violation of a duty by the defendant; 2) contributory negligence; and 3) assumption of the risk by the plaintiff. First, a plaintiff has to show that the defendant sports organization actually violated a legal duty and this was a cause of the athlete’s death. If the athlete himself or herself was also negligent in causing the injury, this can reduce or eliminate an award. Finally, if it can be shown that the plaintiff knew of the deadly risk associated with the sporting event, and chose to proceed anyway, a court may find the athlete assumed the risk and thus no recovery is available.

The Law Offices of Andrew Ritholz has been successfully helping the family members of those who have lost their lives due to the wrongful actions of others for over 30 years. We will handle your wrongful death case every step of the way, conducting a thorough investigation and providing you with the answers you’re seeking. For a free consultation with a Pasadena wrongful death attorney, complete the form at the right of this article or call (877) 261-9322 today.