Can I Still Recover Money in an Auto Accident If The Other Person Was Not Insured? 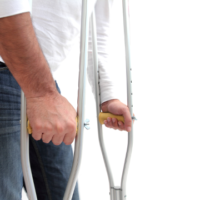 If you suffered property damage or physical injury in an auto accident, you do have a right to claim compensation from the responsible party, regardless if the other person was insured or not.

All vehicles on the roadways are required to be insured under the laws of each state but estimates are that about 20 percent of vehicles are not insured. For this reason alone, every driver should have uninsured motorist coverage for property and injury.

If you are involved in injury or property damage accident with an uninsured driver, you can bring a claim under your own uninsured coverage, if you have it. Most states do not require drivers to have uninsured coverage but not having it could cost you thousands of dollars should the responsible party be uninsured.

In an uninsured motorist case, your claim is resolved not at a trial but at binding arbitration. An arbitration is similar to a trial and can be presided over by a retired judge or attorney in a more informal setting than a courtroom though the rules of evidence are still observed though the parties can stipulate to introducing certain evidence such as medical records or police reports. The injured claimant still has the burden of proof and generally must introduce his or her own live testimony and from anyone else relevant to proving liability or damages.

In states with no-fault coverage, you can recover certain compensation or benefits from your own insurer regardless of fault. Referred to as PIP or personal injury protection, you can recover reasonable and necessary medical expenses, lost wages, child care expenses and funeral expenses if a fatality occurs. Some states mandate PIP coverage. Most states have limits on coverage, though not all, and may or may not cover particular medical treatments such as acupuncture treatments.

If you failed to obtain uninsured coverage, you can still sue the other party though most attorneys will not take such cases since the opportunity for recovery is very low and difficult. If your claim is relatively minor, you can bring a claim in your county court’s small claims court or division. The limits vary from state to state though some go as high as $10,000.

Should your claim be more than the small claims jurisdictional limit, you will have to file and serve a summons and complaint on the responsible party. In most cases, the other party will not respond and you can get a default judgment.

Once you get a judgment, you have to pursue collection of the judgment. You can compel the judgment debtor to appear for a deposition and question him or her regarding their financial accounts, employment information and other property that you could possibly have garnished or levied.

Practically, however, uninsured drivers have few assets that can be seized or are often unemployed with no bank accounts. They also may file for bankruptcy and have your judgment discharged as an unsecured debt, unless the accident involved drunk driving or some other egregious conduct.