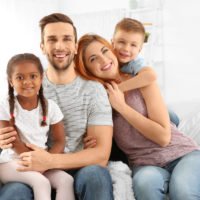 Foster care abuse is more common than anyone would like to believe, and it can have fatal consequences for vulnerable children. California, however, is not keeping a close watch on the worst of the abuse. An investigative report from a San Diego news organization discovered that the department responsible for maintaining California’s child welfare program does not keep data on nor investigate the circumstances behind the deaths of children in foster care, unless there is already suspicion of abuse or neglect. Data is collected at the county level, but not at a state-wide level, and even at the county level investigations of foster child deaths are not automatic. Continue reading for details on the news report, and contact a seasoned California foster care abuse lawyer if you have been the victim of abuse or suspect that someone else has been abused in the foster care system.

California law requires that counties report foster care deaths that are suspected to be the result of abuse or neglect to the California Department of Social Services (CDSS). Counties are also supposed to keep a record of all child deaths that occur while the child is in county custody, but CDSS does not collect or retain all of that data. 10News, an ABC affiliate, was forced to go county-by-county to collect data on foster care deaths statewide in California.

The report revealed that more than 250 children in the foster care system have died across all California counties since 2010. Only deaths (or serious injuries) that are suspected of being connected to abuse or neglect trigger a child fatality report, which is then sent to CDSS. If no abuse is suspected, then neither CDSS nor the county will conduct an investigation, and CDSS will not keep a record of the death.

Child welfare advocates expressed shock at the current system; children do not die easily, and any child death that happens during foster care should be immediately suspect by default. The signs of abuse or neglect may not be readily apparent at first glance, but the fact of a child’s death itself should be incentive enough to trigger a full investigation. State Assemblyman Brian Maienschein stated that the lack of a statewide repository for the data is also a serious problem, as it prevents statistical analysis to determine if there are ongoing or growing problems across California’s foster care system or if changes need to be made.

If you suspect that a foster care child in Pasadena is suffering from abuse or neglect, contact our foster care abuse attorney at the Law Offices of Andrew Ritholz.