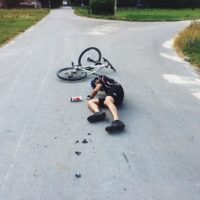 You may have noticed that your town or city now has separate bicycle lanes or at least road markings indicating that bicycles are present or may be encountered on the roadway. These measures are in response to bicycle advocates and adults who have taken to commuting by bicycle for either health or economic reasons. Unfortunately, the nation, including its most populous state, California, have experienced an increase in bike accidents and fatalities over the past number of years.

Some of the increase may be to the increased popularity of biking accompanied by the rise in triathlon participation and the aging baby boomers who are increasingly concerned about aging gracefully and maintaining cardiovascular health. Most of the increase in injuries is among those 45 and older, a group that has experienced an 80% increase in the proportion of bicycle-related injuries since 1998. During this time, bike injuries have increased by 28% nationwide.

California’s leap in bide accidents and fatalities may be partially due to its being the most populous state with mostly temperate to desert temperatures that are conducive to outside activities. Heavy urban traffic coupled with warm climates and cities willing to make its roads more bike friendly contribute to the increase in bike traffic. But even with roads and intersections designed to accommodate bikers, motorists still have trouble seeing cyclists or driving cautiously in general.

Most accidents are caused by the following factors:

Unfortunately, many bikers are not helping themselves. In 2012, researchers found that fully two-thirds of bicycle fatalities involved riders who failed to wear a helmet. About 28% of riders who were age 16 or older when killed had blood alcohol concentration levels of at least 0.08%, the level at which you are presumed to be under the influence.  Bicyclists in general have to be aware that they are not pedestrians and are subject to the traffic ordinances and laws and can be ticketed like any other motorist.

Although urban bike riding may be inherently risky, that does not excuse motorists who drive recklessly and without regard for others on the streets.

With age comes slower reaction time and less flexibility in recovering from injuries. Older riders need to adapt to their changing bodies. Wearing a helmet and not drinking certainly helps, but so does wearing colorful clothing, having blinking lights and reflectors when riding at night and riding defensively.

Municipalities can help with building bike boxes—a lane exclusively for riders before an intersection to guard against right turning vehicles, which allows for greater visibility. Separate bike traffic signals are another innovation as are bicycle boulevards.

More bicyclists on the roadways also increases awareness among motorists who must contend with and share the roadways.

Bike injury claims are part of personal injury law where a claimant needs to prove that another party, usually a motorist, was negligent in causing the accident and the injuries suffered. Liability is established by the conduct of the motorist and bicyclist.

Bicycle accidents occur when motorists turn into a bike lane without seeing a biker, especially at intersections. Others occur when vehicles get too close to a cyclist or enter intersections against a red traffic signal. Motorists who park on a city street have to take care when opening their doors to look for approaching bicyclists, which can cause serious injuries if the rider collides with the open door.

Bicyclists have little to no protection in an accident, though wearing a helmet can reduce the incidence of traumatic brain injuries and reduce fatal injuries. Besides head injuries, riders suffer broken limbs, severe lacerations, internal organ injuries and spinal injuries.

Your damages in a bike accident claim include:

Andrew Ritholz is a Pasadena accident attorney with over 25 years of experience who has settled and litigated numerous bike injury claims. These types of accidents often involve complex issues of liability and allegations of comparative negligence. Contact his office today to discuss your bike injury claim.