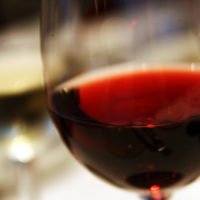 If you’re a wine fan, or a Trader Joe’s fan, you’ve heard of the (in)famous “two buck chuck,” the loving nickname for Charles Shaw wines sold at the popular grocery store. Unfortunately for you two buck chuck fans, there’s been a lot of buzz around reports that some inexpensive California wines have been found to contain traces of arsenic. Yes, the lethal chemical, arsenic.

BeverageGrades, a commercial laboratory, and two other labs have confirmed tests that have found arsenic levels in some wines which exceed what is allowed even in drinking water. These reports have spurred business litigation in California, and a class action lawsuit was filed this spring in Los Angeles County Superior Court against a group of wine producers.

The lead attorney in the lawsuit against the winemakers told the AP that arsenic in wines might have been introduced in the wine-making process. But it’s not clear whether a filtering process or another processing or storage technique influenced the levels of trace arsenic found in the California wines that were tested by BeverageGrades.

The plaintiffs are seeking monetary damages and a court order requiring the defendants disclose on the bottles the risks of consuming inorganic arsenic in wines and engage in “corrective advertising” regarding their conduct.

Although arsenic seems dangerous and unnatural, it is in fact a natural element which is found abundantly in the Earth’s crust. The Earth’s crust is the main source of soil and water for growing grapes and other crops, and they therefore absorb and take in arsenic which is found in their surrounding environment. The grapes then carry trace levels of arsenic, as well as other chemicals and elements found in the soil and water around them.

Another way arsenic can seep in is through the filtering process. Some wine makers use natural materials such as bentonite clay to filter out small bits of plant matter or anything that might make the liquid cloudy. So it’s possible that the arsenic in these natural materials can leach into the beverage.

Lucky for wine lovers, not one of the California wines that were tested by BeverageGrades tested higher than 50 ppb. And 75 percent of the roughly 1,300 bottles of wine reportedly tested below 10 ppb, which is the EPA’s allowable limit for water. Also, the safety thresholds in drinking water must take into consideration the toxicity to young children, who are more vulnerable.