Are Social Workers Liable if They Fail to Identify Child Abuse? 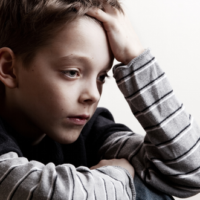 Child abuse is a horrific crime, typically inflicted by someone the child knows or trusts such as a parent, relative, foster parent, baby sitter, athletic coach,educator or legal guardian. Because children are usually too afraid or intimidated to report abuse to those who could help them, it is up to service professionals such as physicians, teachers and social service workers to report suspected abuse to law enforcement. For several decades, social workers have been under a legal duty to report child abuse or face criminal and civil liability for social work neglect.

What is Child Abuse?

Child abuse is physical injury inflicted by another person on a child that was not accidental as well as sexual abuse and emotional harm. It can include denying a child basic nutritional needs, exposing the child to a harmful environment, unduly punishing the child or any other conduct that subjects the child to a risk of serious injury. This does not include corporal punishment such as spanking if it is reasonable. It also does not involve conduct between minors such as fighting or bullying.

When is Reporting Abuse Mandatory?

Social workers are obligated to report suspected abuse if they reasonably suspect the child has been abused. They must have objectively verifiable facts that a reasonable person in a similar capacity or position and based on their experience and training would suspect to be child abuse. This obligation to report does not necessarily extend to a suspicion of emotional abuse or suffering but a social worker may report such suspicions.

Examples of suspected abuse would be evidence of bruises in intimate areas, injuries to the face, broken limbs, dehydration, lack of hygiene and signs of malnutrition. For some of these indications, it may take more than one similar incident but a combination or pattern before a social worker could reasonably suspect that abuse has or is taking place. Although a social worker’s caseload is often overwhelming, the individual is required to be on the lookout for signs of abuse, especially in those situations where a child is more likely to be at risk to avoid liability for social work neglect.

If abuse is reasonably suspected, the social worker must make a report by phone as soon as practicable to the county welfare department or probation department if so designated to receive such reports, or to the local law enforcement agency. Most states also require the social worker to make a written report within a certain time.

To avoid any hesitation by a social worker that might result in accusations of social work neglect, the social worker who does make a report is immune from any criminal or civil liability. If a social worker does not report abuse that should have been reported under the standard of reasonable suspicion, the worker can be found liable of a crime, usually a misdemeanor. He or she is also potentially civilly liable for the medical and psychological damages as well as pain and suffering to the victimized child, or any other child who was abused by the offender, that took place after such time as the report should reasonably have been reported.