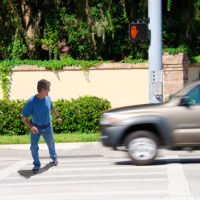 Here in California, if an automobile equipped with autonomous drive functionality caused a crash while in driverless mode, the makers of that vehicle could be held responsible for the crash. This seems like a pretty common-sense solution to a potentially complicated problem, but would it surprise you to learn automakers almost avoided liability for autonomous vehicles? You won’t believe the workaround that almost got slipped past the California Department of Motor Vehicles.

Driverless cars are the new direction of the automotive industry. It seems every manufacturer is working on a new autonomous model that will reduce commute time, relieve traffic and make the road safer. However, all these claims are unfounded as of yet, and events have made many consumers question such claims. At least two fender benders in California have been blamed on autonomous vehicles, and when a man died in crash while his Tesla’s autopilot feature was activated, the industry paused to take a hard look at the future of driverless tech.

Companies are now fully aware that there may be legal issues connected to the manufacturing of driverless vehicles. So, they are taking action to protect themselves before these new cars are even rolled out. General Motors (GM) used its connections to add a provision to the California Department of Motor Vehicle’s latest rules.

The section would waive an automaker’s liability for a crash if the owner of the vehicle has not kept up with manufacturer recommended services and maintenance. By that rule, if an autonomous car caused a pile up on Highway 1, and the owner had neglected an oil change, the automaker could escape liability for the crash.

Luckily, state regulators were paying attention, and before the latest rules could be released, the liability waiver crafted by GM was deleted from the rules. However, many advocates think this was too close for comfort and are crying foul against GM. Do you think other automakers will try to avoid responsibility as GM did? What methods do you think they will use? Keep following the vehicle accident attorneys at the Law Offices of Andrew Ritholz—we’ll keep an eye on this developing legal issue and keep you informed.