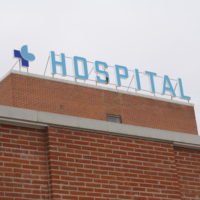 In April, 2015, the Leapfrog Group issued their latest scores of more than 2,500 hospitals nationwide. The scores ranked 248 hospitals in California alone. Sadly, nearly 4 in 10 California hospitals received a grade of C or lower for patient safety, raising questions about wrongful death suits.

The Leapfrog Group is an employer-backed nonprofit group focused on healthcare quality aimed at informing and alerting consumers and employers of poorly performing hospitals. Leapfrog states that medical mistakes are the third leading cause of deaths in the U.S., which beats out deaths caused by car accidents, breast cancer and HIV/AIDS. The group works with over 50 leading medical experts to identify solutions that will improve hospital quality and safety, and then gathers information from hospitals around the country. The Leapfrog Hospital Survey asks hospitals to report on the steps they take to improve patient care. Results of the survey are available for public viewing at their website.

The results indicate improvement in safety processes related to surgery and the use of computerized prescribing systems to avoid mistakes. But hospital performance on reducing infections, accidents and errors hasn’t significantly improved, according to Leapfrog.

The report delved out A’s to 97 California facilities, B’s to 58 and C’s to 83. An additional 26 hospitals ranked lower than a C grade and will be given until November to show improvement before issuing them a D or F grade.

There is good news for Californians. The survey reported that 43 percent of California hospitals received an A rating — the seventh-highest rate among states nationwide, up from 40 percent three years ago. Also, twenty-nine California hospitals were reported to have achieved straight A’s on patient safety since Leapfrog began issuing ratings in spring 2012.

Some of the star hospitals were Kaiser Permanente (17 of its hospitals appeared on the A list, including its medical centers in West Los Angeles and Riverside), Saint John’s Health Center in Santa Monica, Long Beach Memorial Medical Center and Desert Valley Hospital in Victorville.

“If an airline was crashing and killing 400 people every day, we would have made a lot of progress in the last decade,” remarked Leah Binder, Leapfrog Group’s chief executive and President. “Without public pressure this won’t become a top priority for hospital leaders.” Hopefully these types of checks and reports will reduce the number of hospital deaths and wrongful death suits in California.

If you or a loved one has been a victim of negligent care while in the hospital that resulted in injury or death, contact an attorney to learn about your options.